Well it has been...a year.  So to commemorate we made a gingerbread house that fit the mood.  All credit to Amy for the idea and baking and decorating and putting up with me through all of 2020.    Can't wait to actually set it on fire.
**Scroll to bottom to see it ceremonially burned on New Year's Eve!** 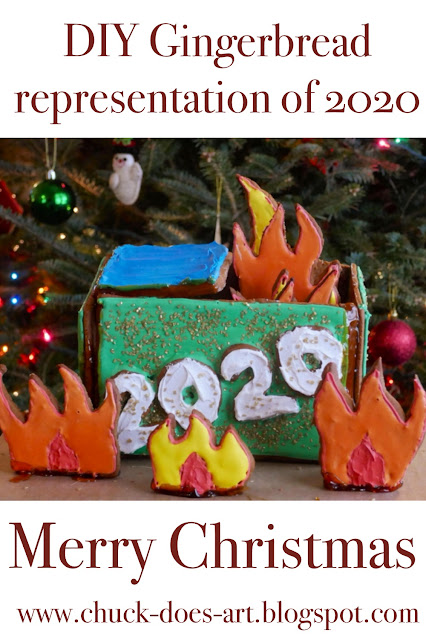 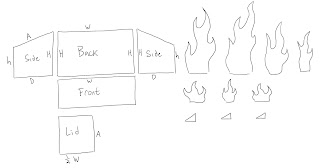 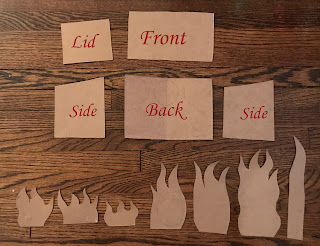 We cut the pieces out in a very hard gingerbread (find a recipe made for construction, not cookies), and made a couple extra pieces in case some broke.  Once baked, we piped royal icing around the edges, then flooded the surfaces, and added gold sprinkles for the dumpster sides.  The '2020' is made of hand-carved gingerbread pieces that we coated in white icing and placed onto the front of the dumpster after flooding it but before the icing hardened.  You could also just flood the front, let it harden, then pipe '2020' onto it. 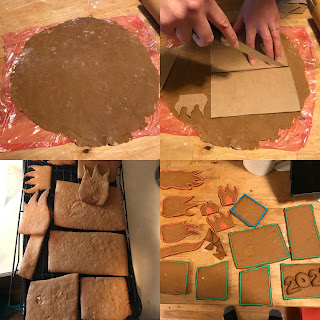 We previously had a disaster trying to make a gingerbread house stand up using royal icing as mortar, so this time we used caramel.  It was Super adhesive, though also Super Hot and Super Will Burn Your Skin so be careful! I used the little right angle pieces to act as braces behind the flames that are in front of the dumpster, but they might be able to stand up on their own without that.  The whole thing is adhered to a piece of cardboard, which we left undecorated for full Dumpster feel. 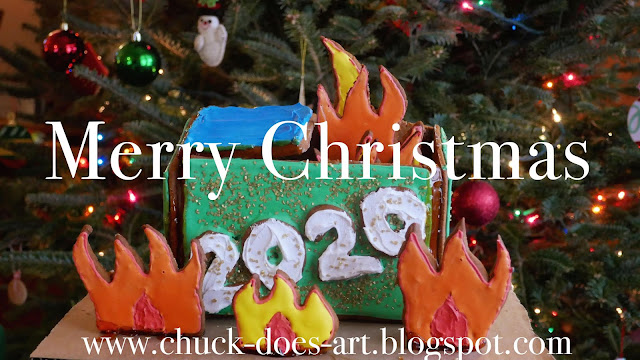 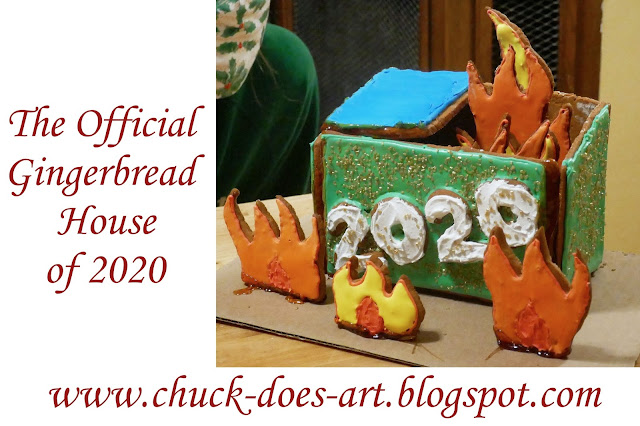 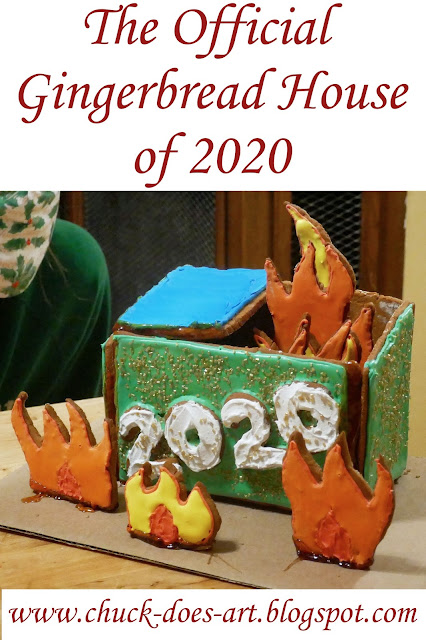 Then, on New Year's Eve, we said goodbye to this dumpster fire of a year.  If you've ever wondered 'could a gingerbread house burn down a real house?' The answer is yes, absolutely.  These burn Very Well. 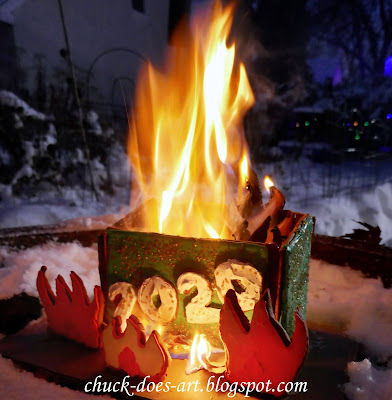