My child has been building a wooden train set and I decided to try my hand at building a few accessories for the tracks.  We use the generic wooden tracks that are compatible with Brio et al (mostly we use the IKEA Lillabo sets; great price) but they work with the Thomas The Train engines which my child adores.  I've heard a rumor that the official Thomas tracks don't link to the Brio et al tracks without adaptors, but I've not tried them myself.  Either way, the trains all work on any of the tracks.

I made three different items; a Water tower with track, a Helicopter landing bridge, and a Buffer.

I used generic wood slats and rods from a craft store to make the structures, plus a wooden bead for the water tower.  I glued them together with wood glue, sanded them a whole bunch, painted them with craft paint, then gave them a coat of semi-gloss polyurethane.

For the painting, I used blue painters tape to cover the bases so they could stay unpainted.  I painted the rest white, then added the highlight colors as needed. 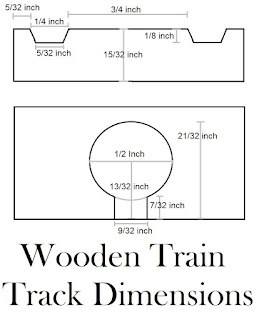 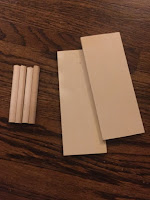 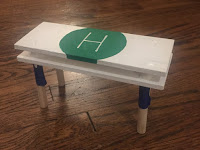 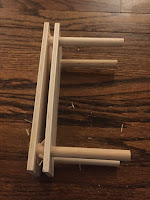 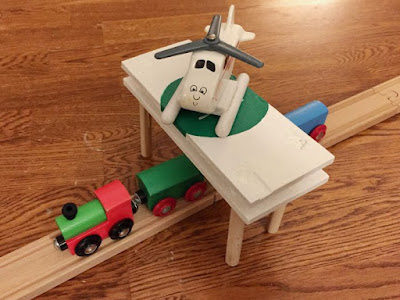 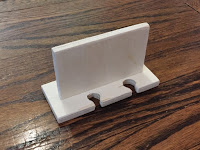 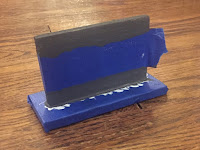 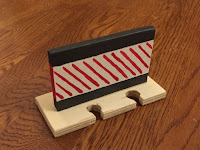 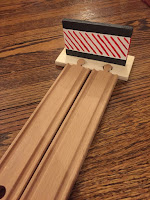 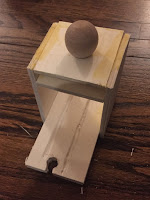 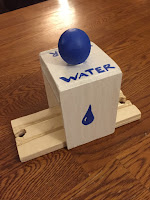 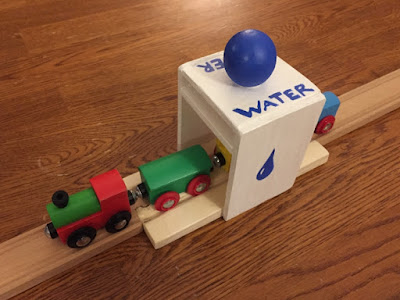 I made a track under the water tower which was probably unnecessary but a fun challenge.  I made both ends female because it seemed easier than trying to make one of the male ends.  I made a diagram of the dimensions of the actual tracks in case someone has nicer tools than I do and wants to make a more accurate replica (see above).  The female connectors have a circle that is 1/2 inch diameter; my largest drill bit was only 7/16, so I used a dremel drill to make it larger.  The tracks themselves were much harder; trains have narrow wheels but they stick out a bit in the middle so you really need to try to re-create the trapezoid shape of the tracks to let them run smoothly.  After much sanding and laboring I managed to get the track even enough for a battery-powered train to run through it without getting stuck; I declared victory. 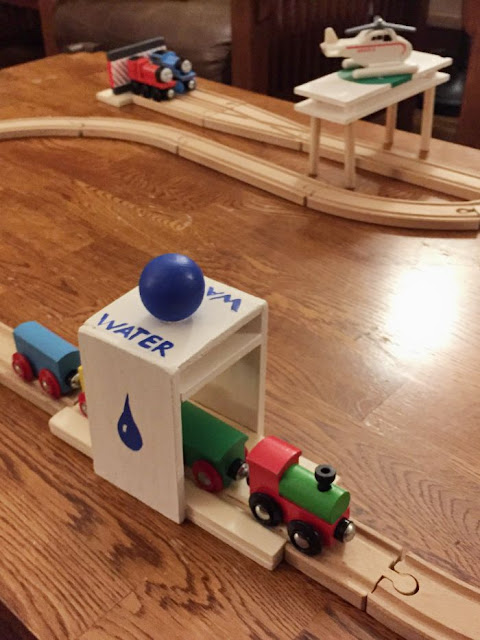