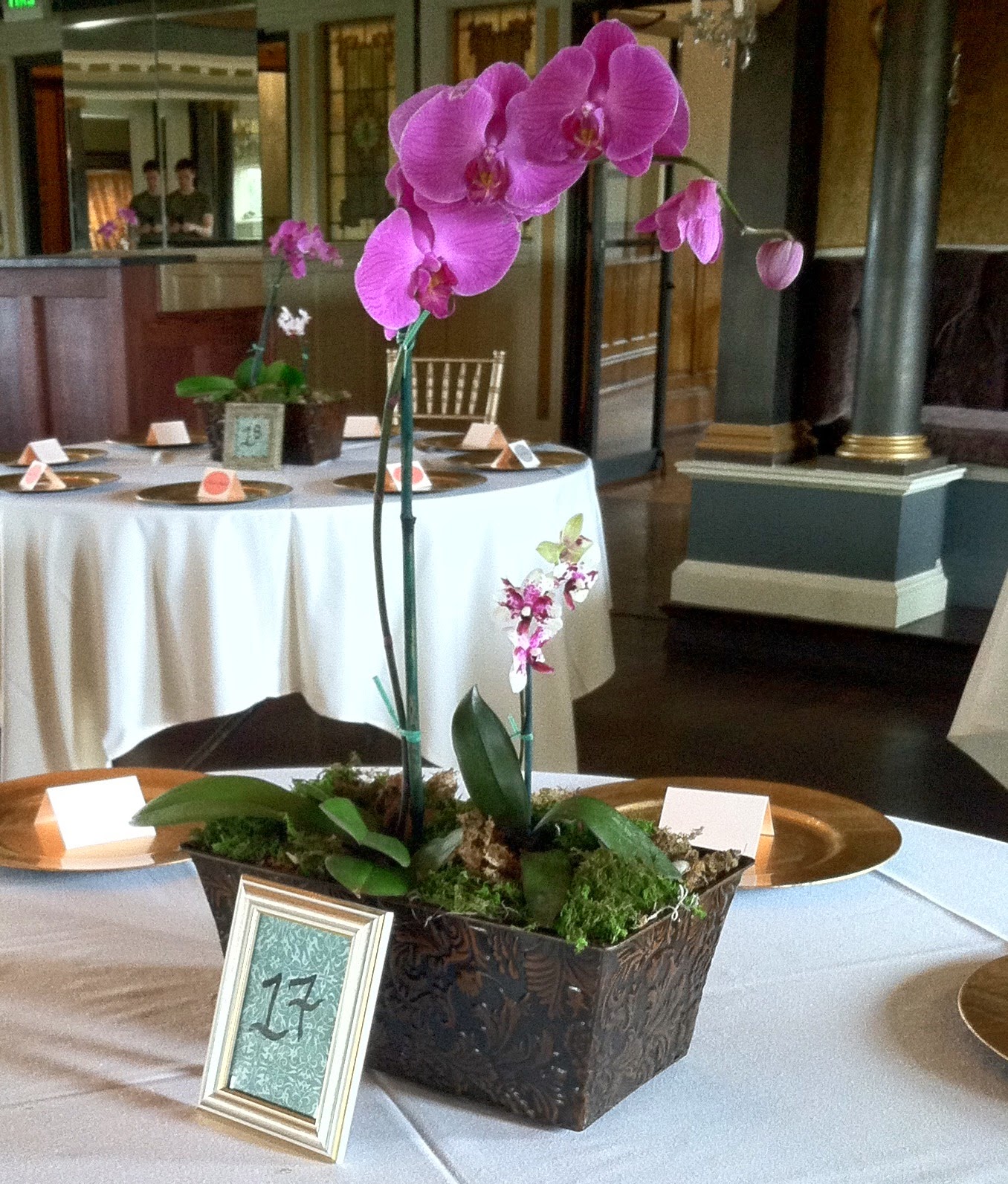 Recently had a wedding and we decided that we would make all our own centerpieces. We made three types: Orchids, Vines, and Succulents.  Here is how we made the orchid dishes! 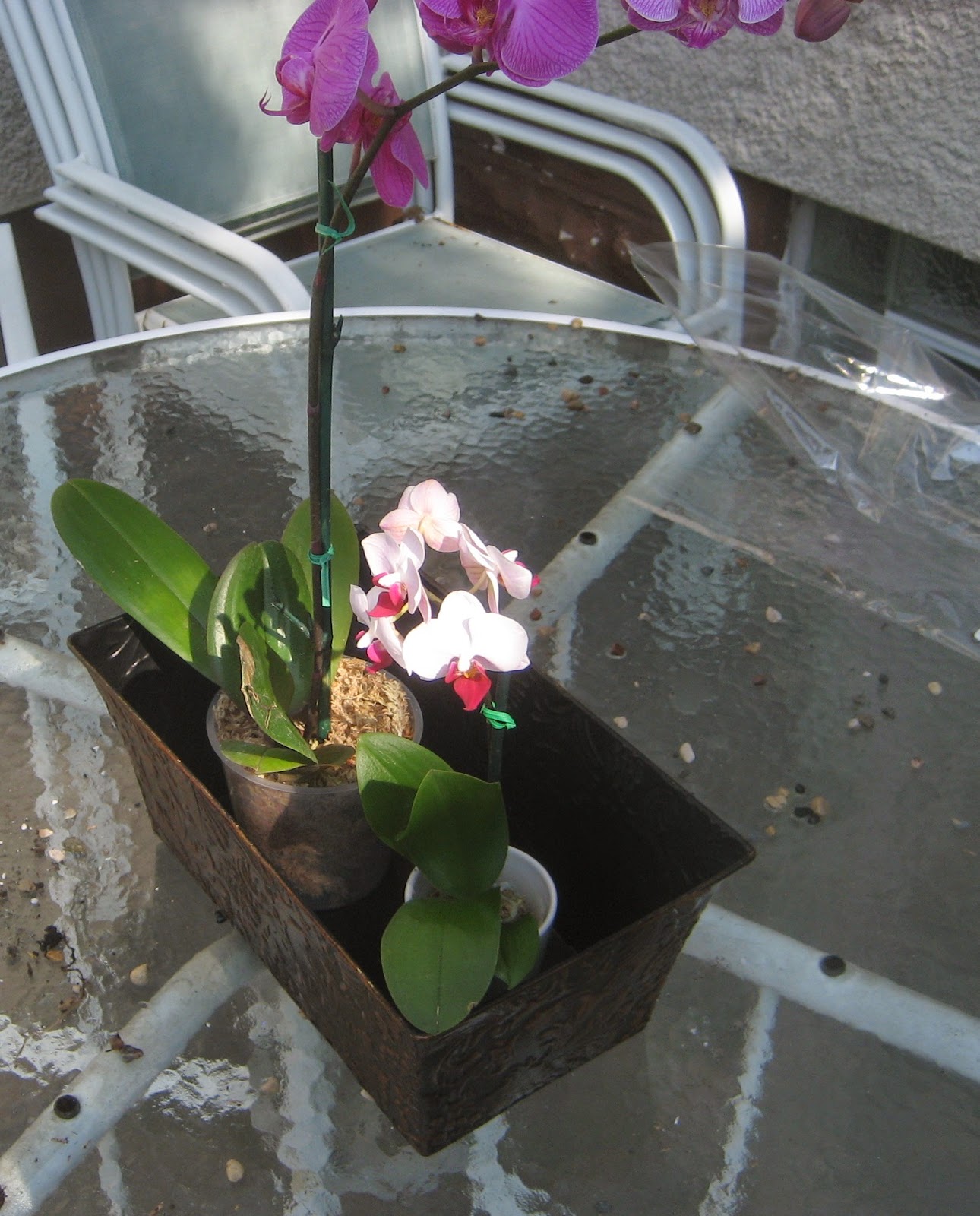 We chose to put two orchids in each dish; one large and one small.  We actually used IKEA as our orchid source as they had the most available.  We kept the orchids in their original pots to reduce the risk of flower shedding.  When selecting orchids, I looked for orchids that had at least one un-opened bud, to increase the likelihood that the flowers weren't about to shrivel up and fall off.  We also bought them only two days in advance, to further reduce the risk of damaging the flowers. 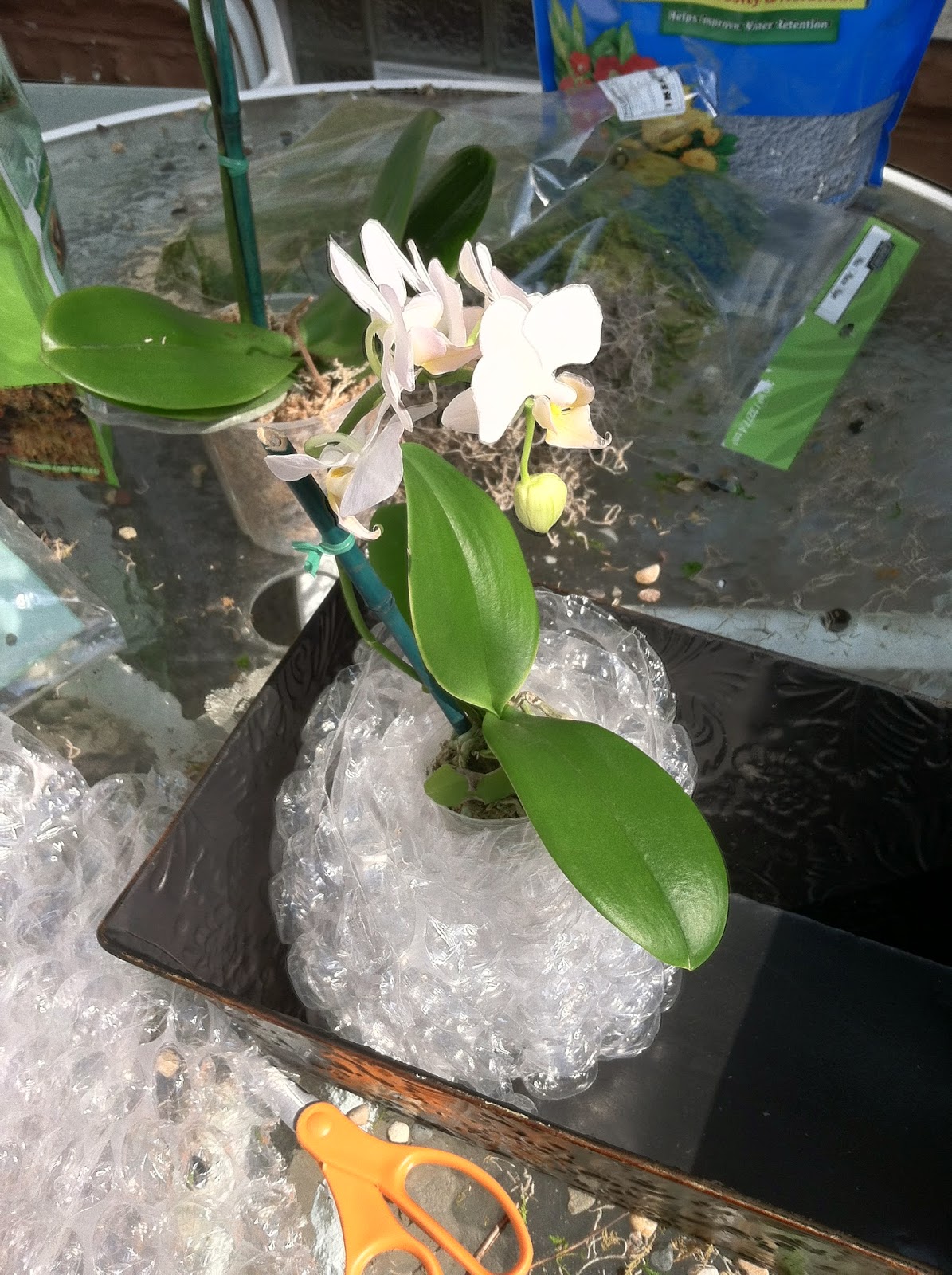 The pots the orchids came in were slightly shorter than the dish we were putting them in, so we needed a way to raise them up a bit so that the top of the pot was level with the top of the dish.  We ended up using bubble-wrap and taped it in a cone around the pots to give them a nice solid base. 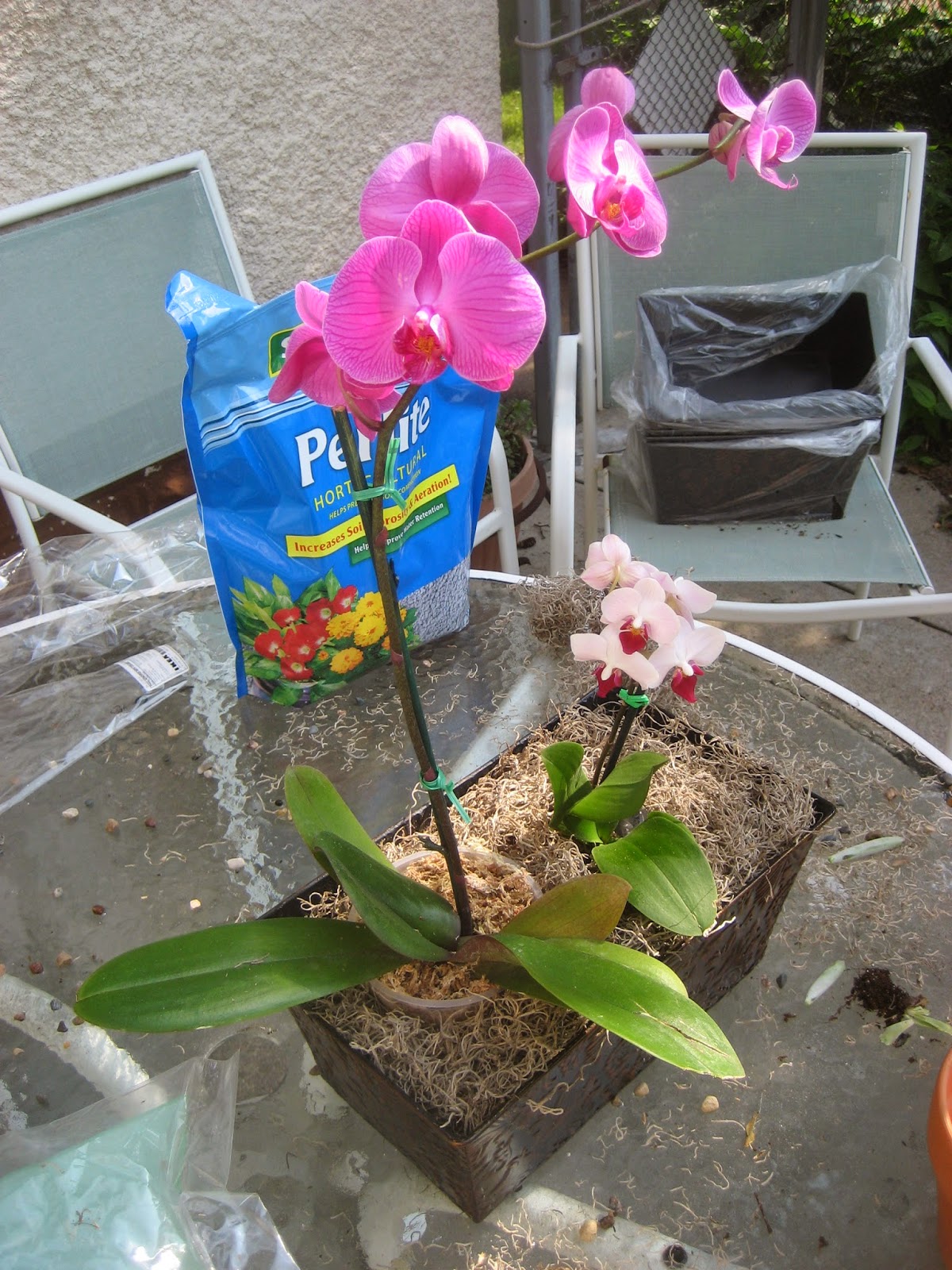 We then filled in the dish with Spanish Moss.  This was mostly because it was easy and cheap and I'd already bought a lot of it, but really any light, space filling material would work.  The benefit of the moss is that it looks nice if it peaks through the top layer. If you have enough available, you can also just you regular green sphagnum moss for this step.  Really wedge the moss in there are much as you can to prevent the orchids from shifting or falling over. 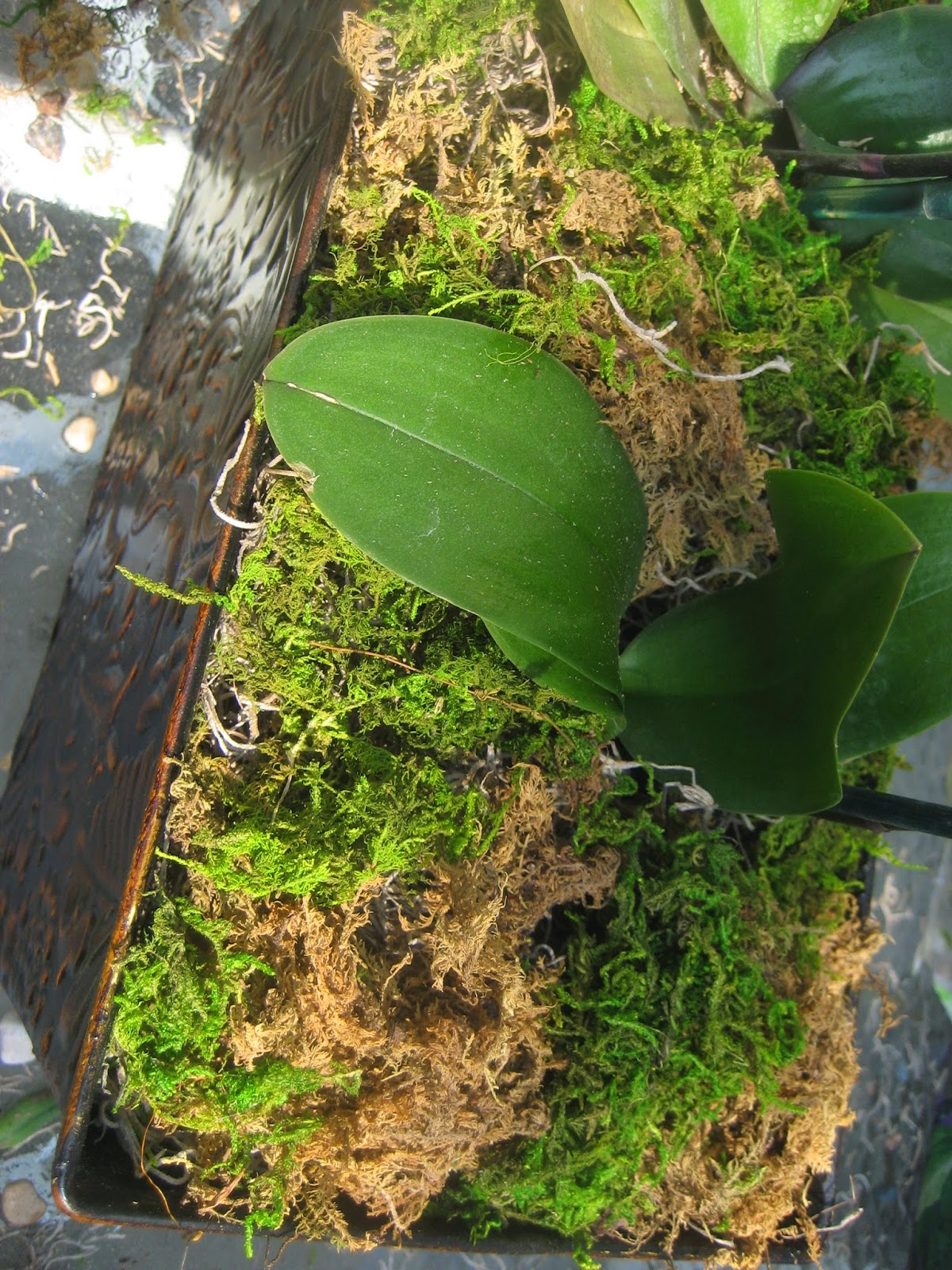 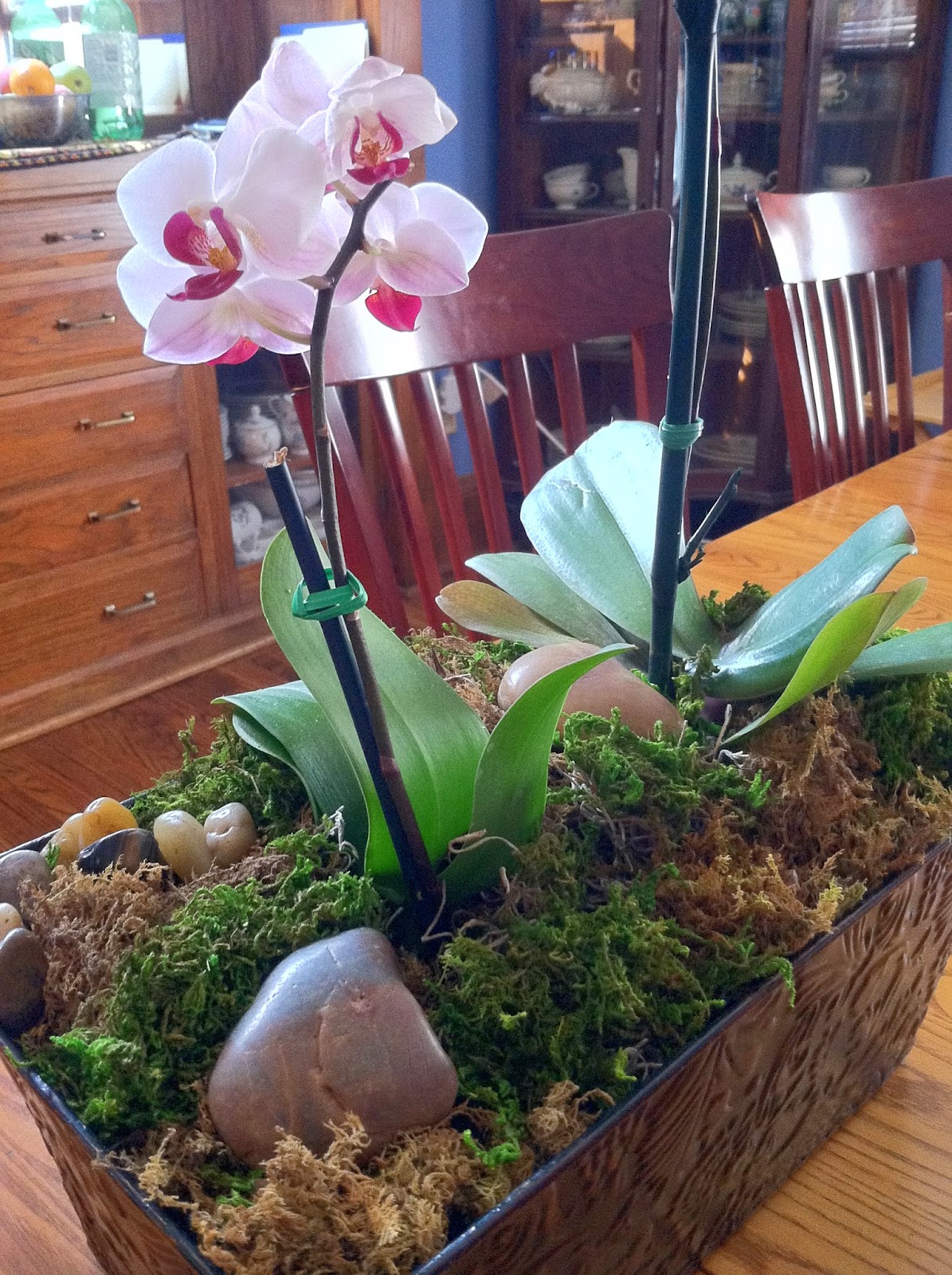 The final touch was a few river rocks over the moss.  These looked nice but also had the added bonus of helping anchor down the orchids.

**Update: We ended up taking two of these centerpieces home with us and a year later 3 of the 4 orchids are still alive! While these were not set up with longevity in mind, it turns out you can keep the orchids around in them fairly long term.  The one orchid that did die rotted from over watering after about 8 months.  Over watering is the biggest risk since the planters are not well aerated and hold moisture. 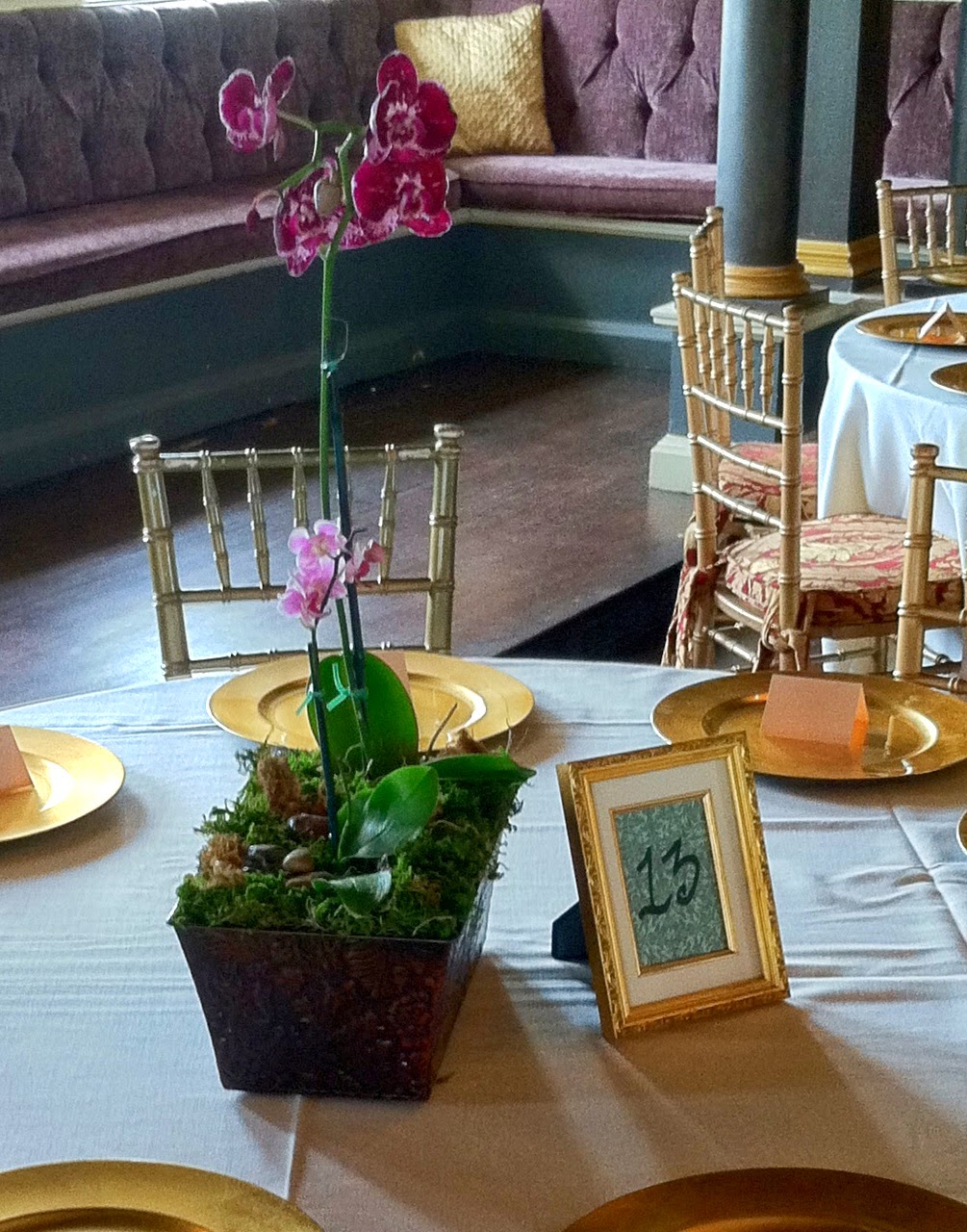 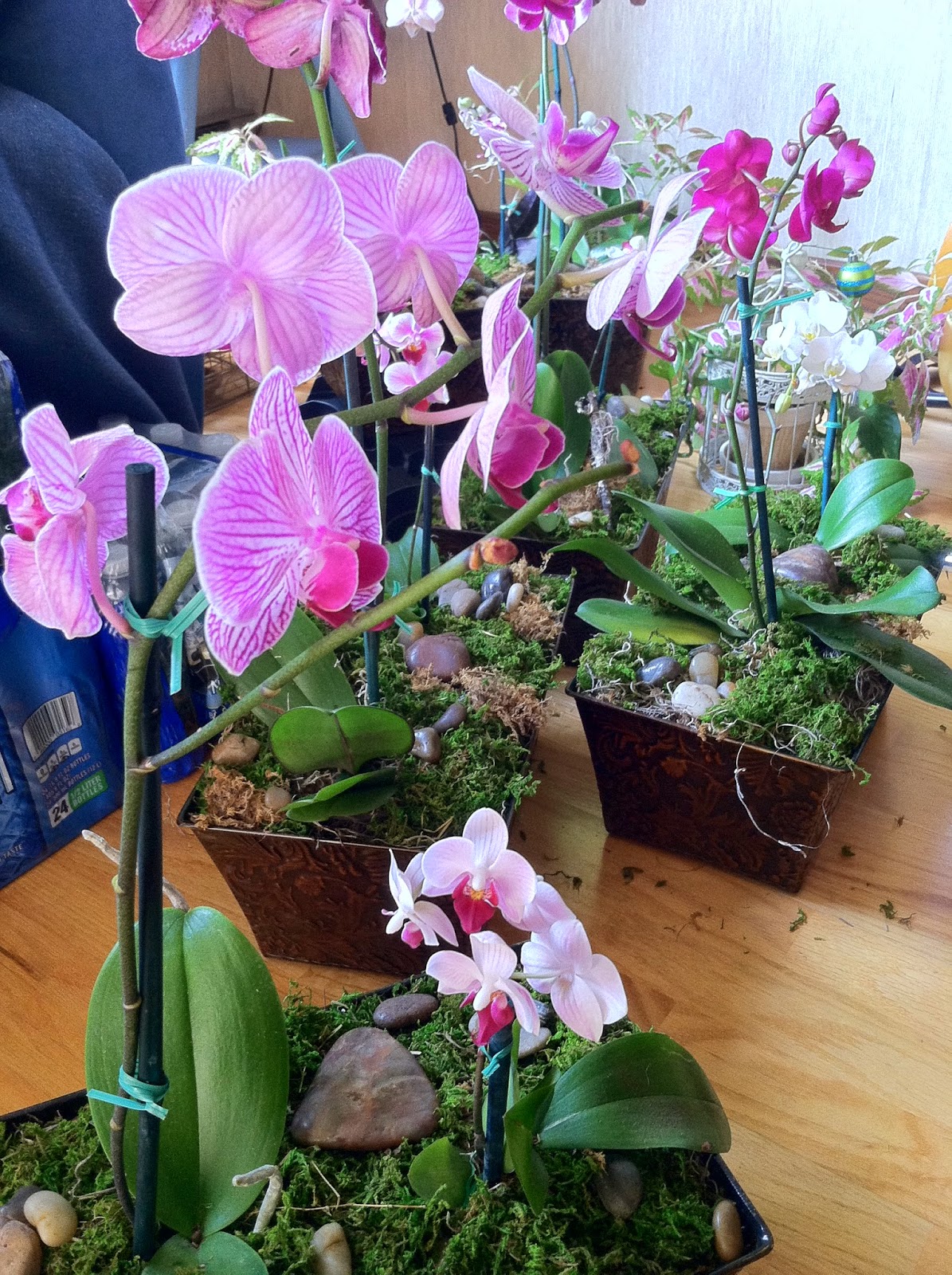