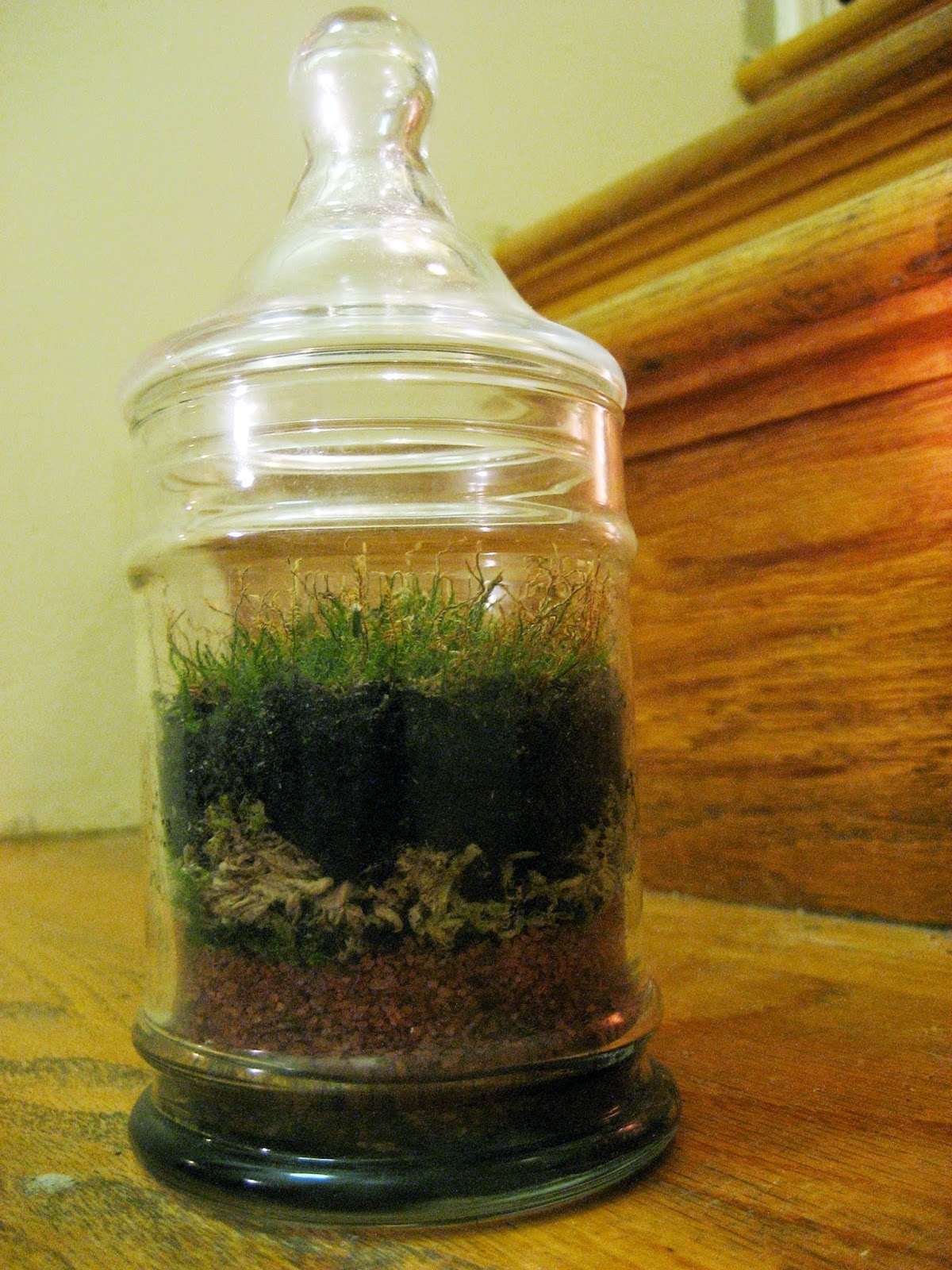 Last year I set out to see how I could best grow moss indoors.  I tried a few different set ups including enclosed and non-enclosed containers, but of my four trials only one survived the whole year; an apothecary jar with a lid. 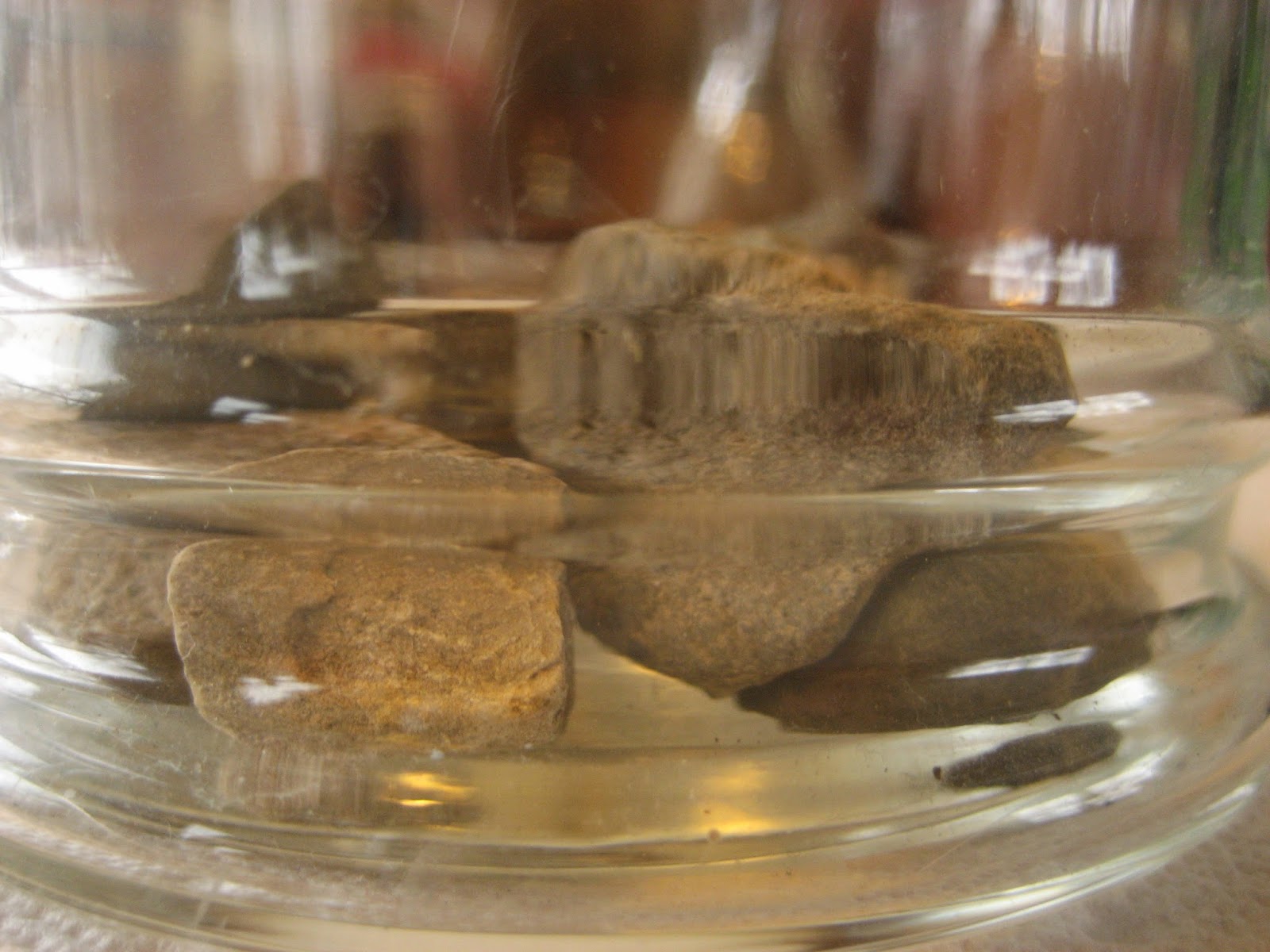 My first layer was a few large rocks.  This is actually mostly just to take up space, as they provide no real function otherwise. 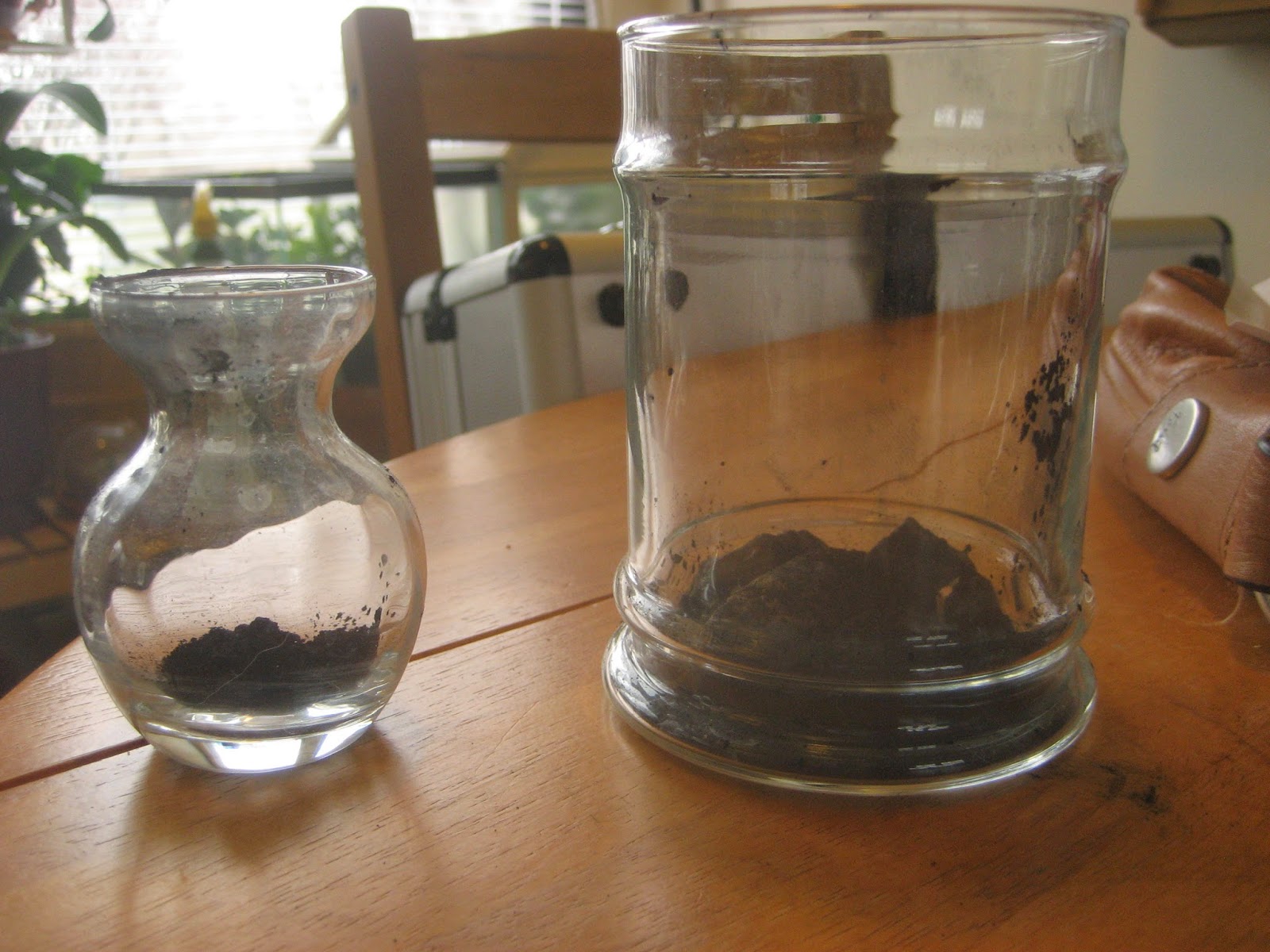 My second layer was powdered charcoal.  I actually used some old charcoal capsules that I had to open by hand (messy!). The idea of the charcoal is to capture toxins or something and prevent mold from growing in the jar. 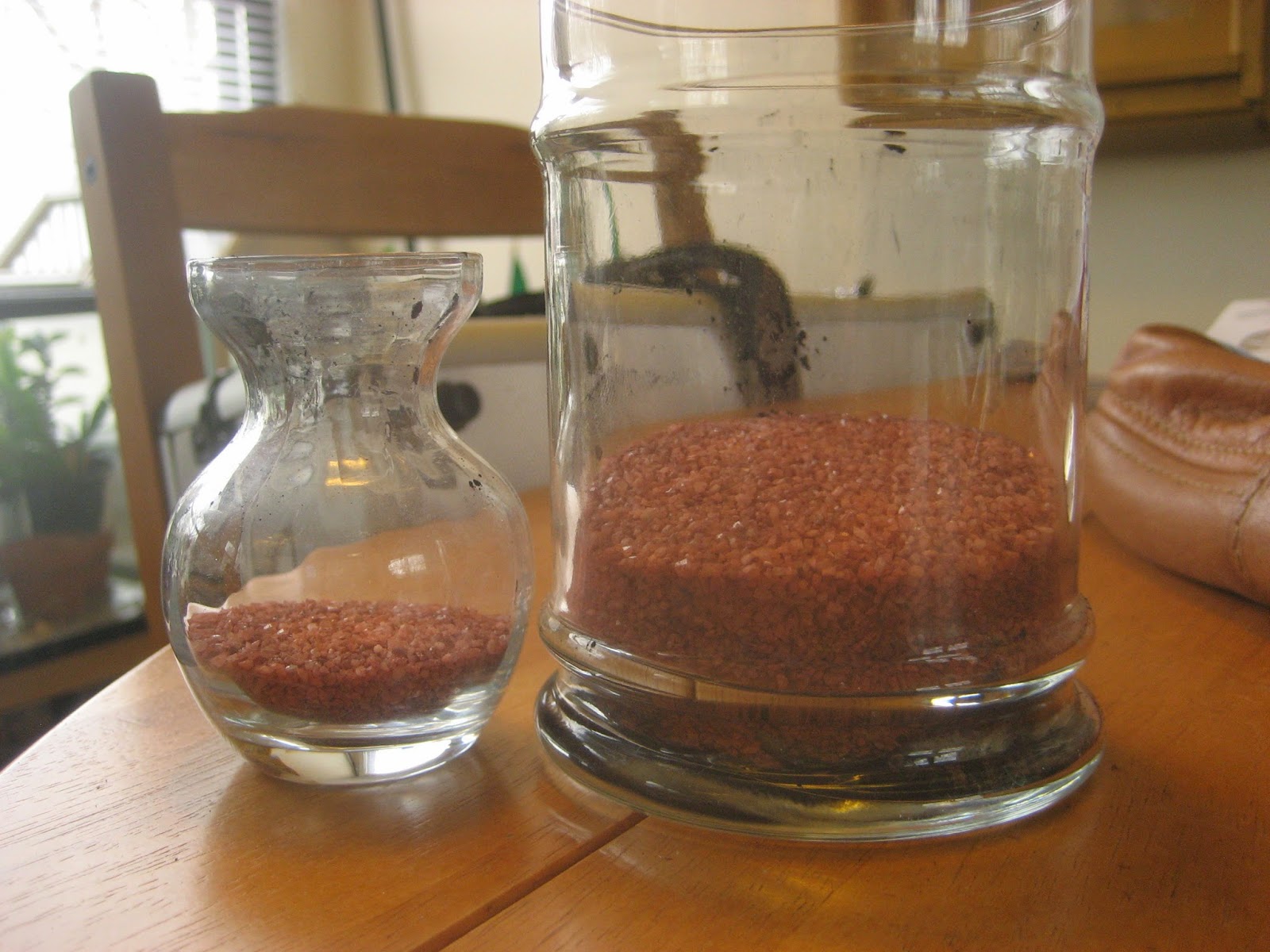 My third layer was some colored sand.  The color is nice to give the jar a little more variety. 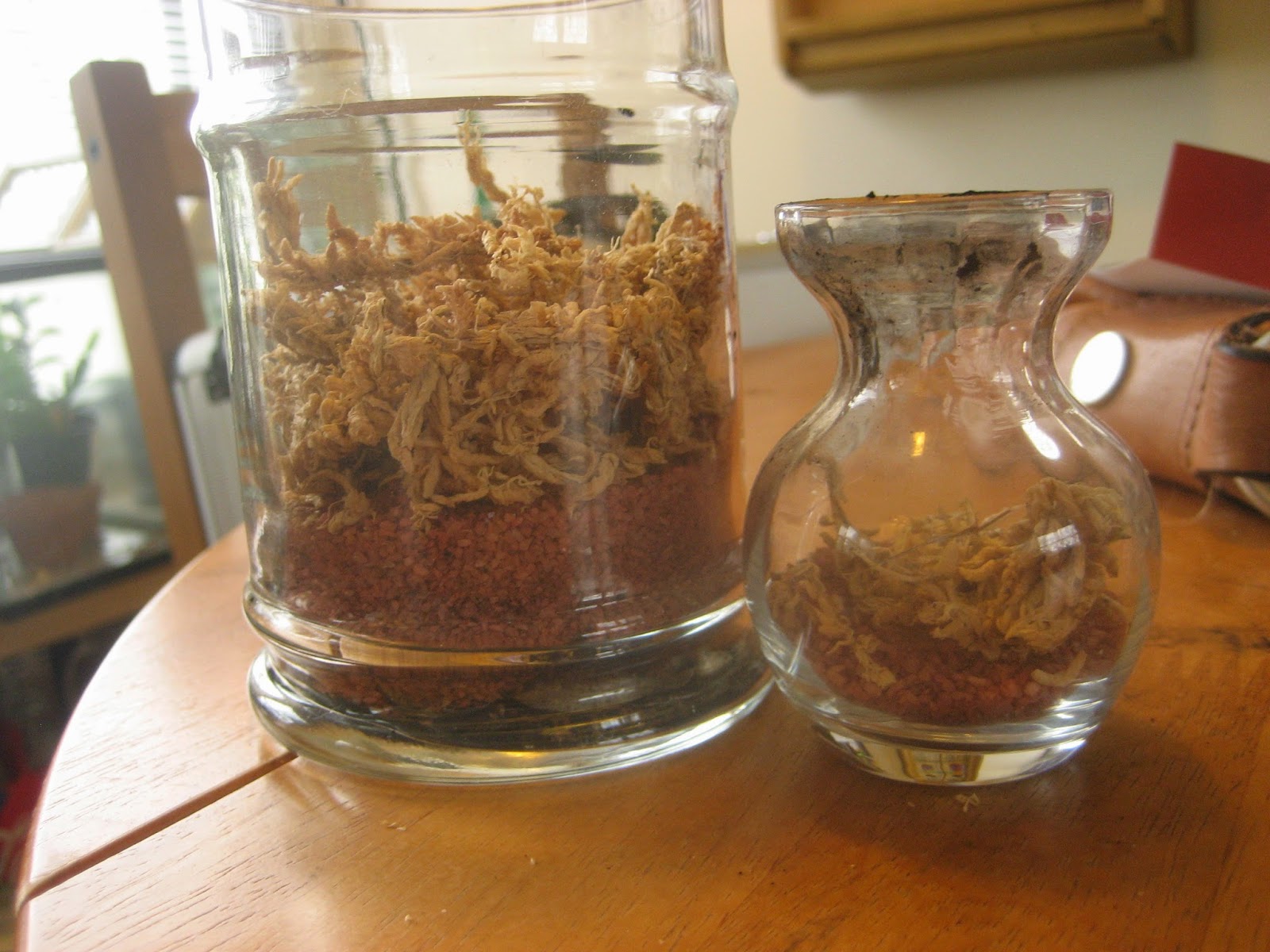 My fourth layer was sphagnum moss.  I read somewhere online that this is helpful to help keep the dirt from falling into the sand/rocks, though I'm not convinced it is necessary. 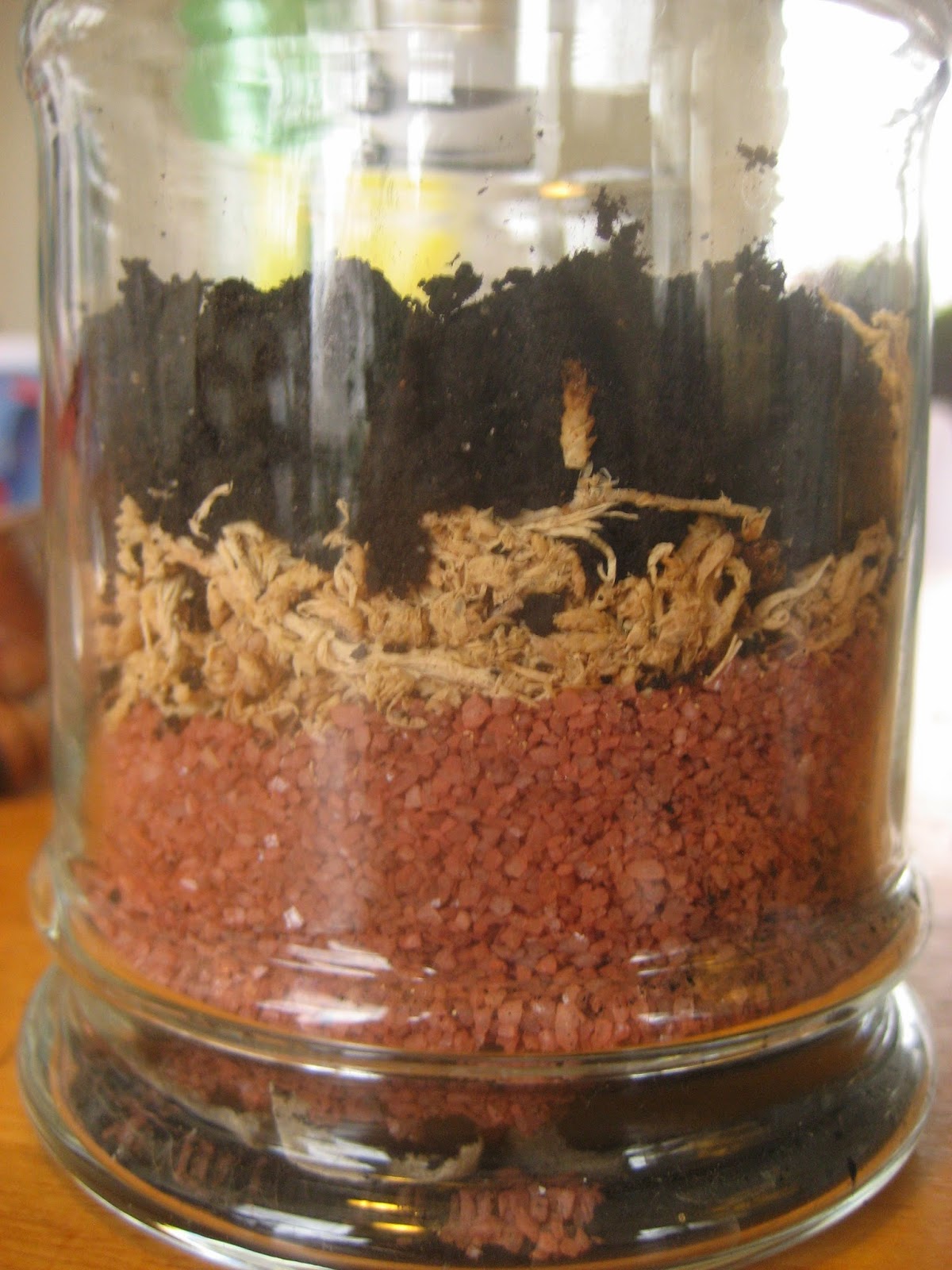 My fifth layer was dirt 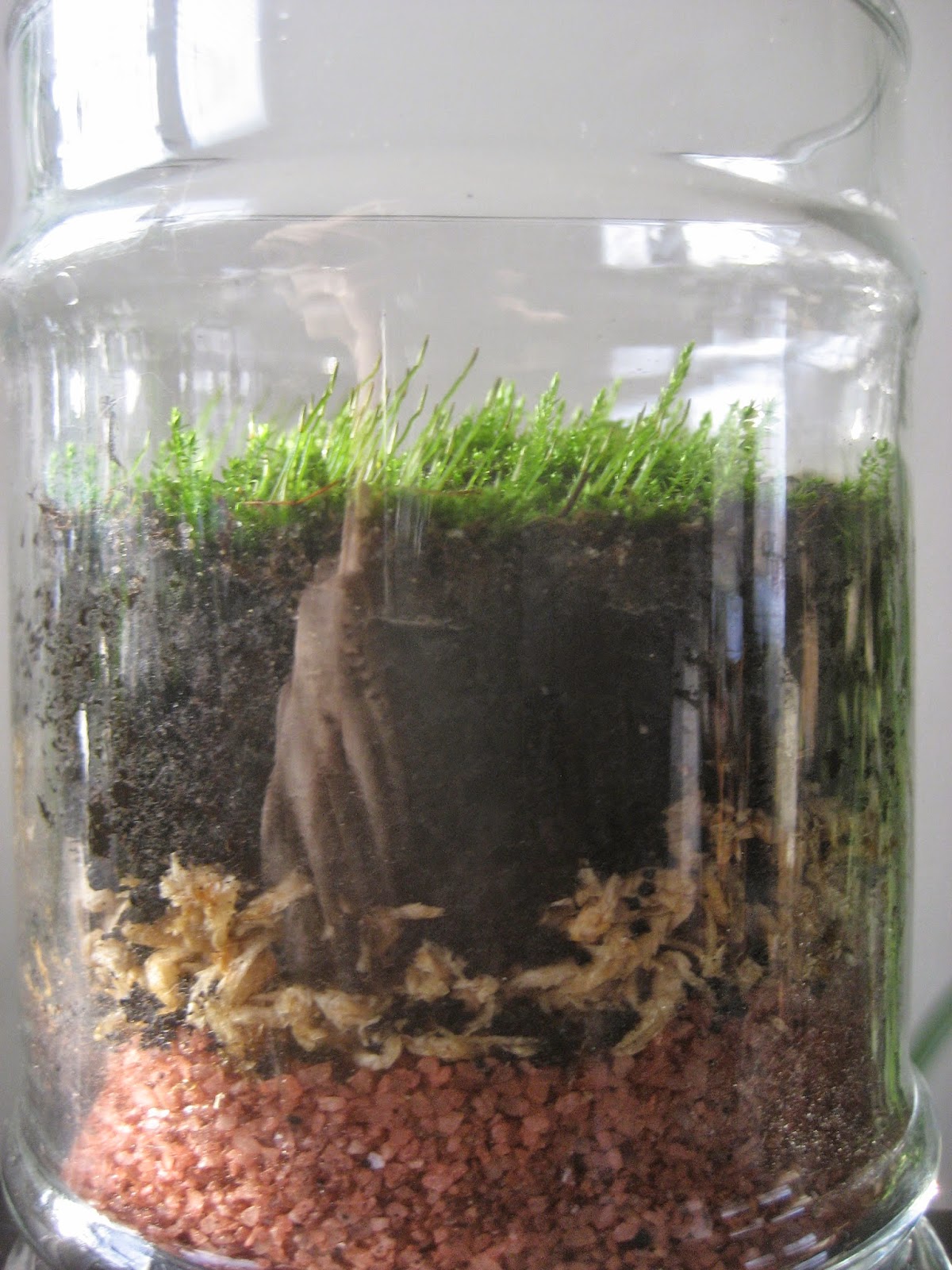 My sixth layer is the moss itself! I found some outside in my yard and pulled up enough to cover the top of the dirt.  Larger pieces work better than small pieces (some of the small pieces I used to fill in gaps died during the year, but the main large piece is still doing well). I patted down the dirt a bit before plopping the moss on top. 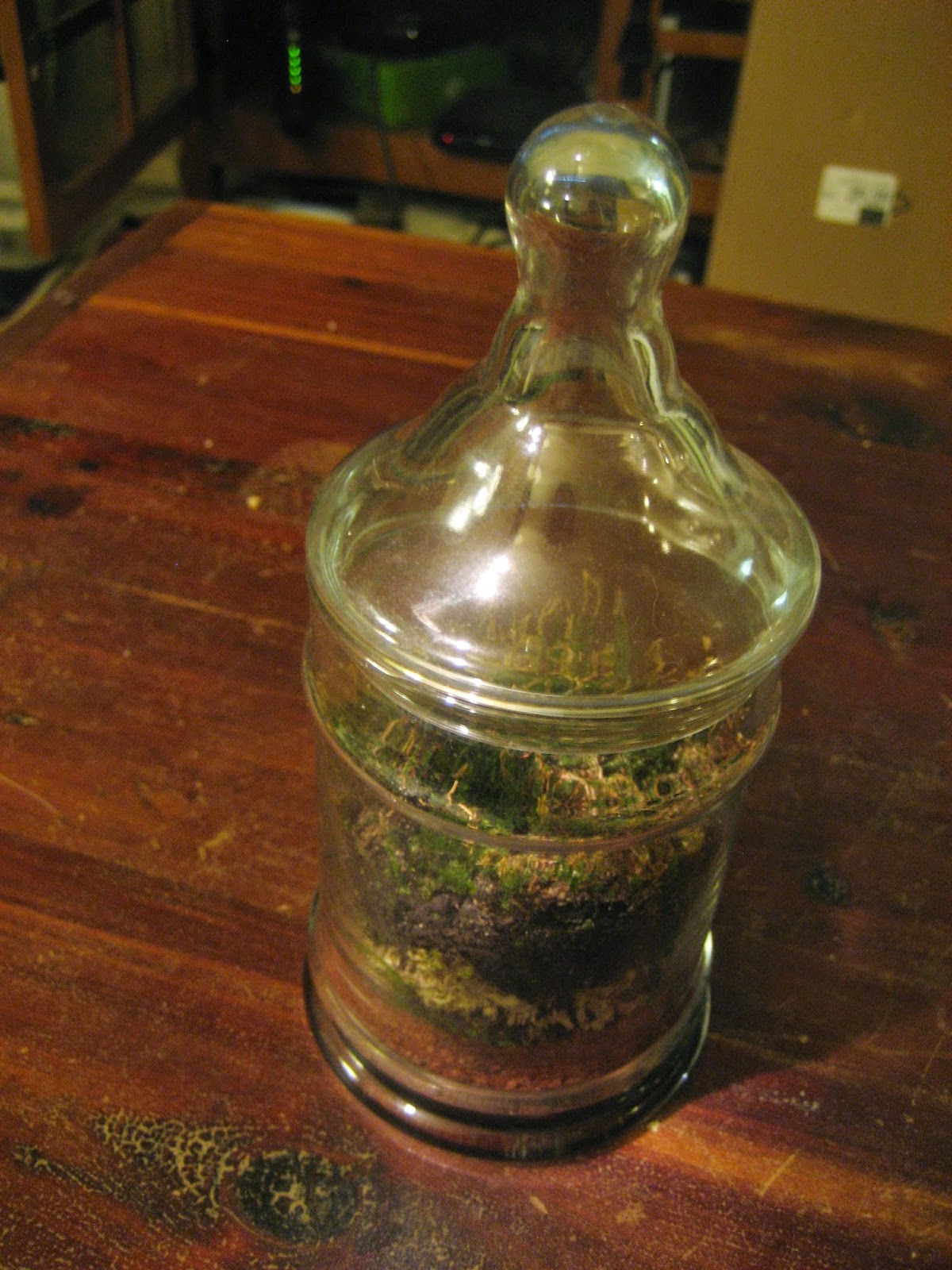 Care:  After getting all the layers down, I gave the jar a few sprays of water with a spray bottle.  As it is a closed container I did not want there to be so much water that it pools at the bottom, but enough that the dirt is damp and some condensation can occur on the inside of the glass.  The jar I used does not completely seal, so I open it and spray it every couple of weeks or so if the dirt looks like it is drying out.  This very minimal care is why this jar has survived while my other experiments did not.  I made a few open-air moss containers, but they needed daily spraying or they would dry out, and I decided it was too much work to keep them alive.  There have been a few times where I have 'over-watered' the jar and gotten some amount of mold growing, usually at the tops of the moss tendrils.  I have simply opened the jar, removed the visible mold, and then let the jar sit open for a bit to reduce the moisture.  So far this strategy has worked well to keep the mold at bay. I keep the jar out of direct sunlight to keep the moss happy.
Posted by Chuck at 6:55 PM